Exploring volcanoes in Auckland – A year of climbing mountains 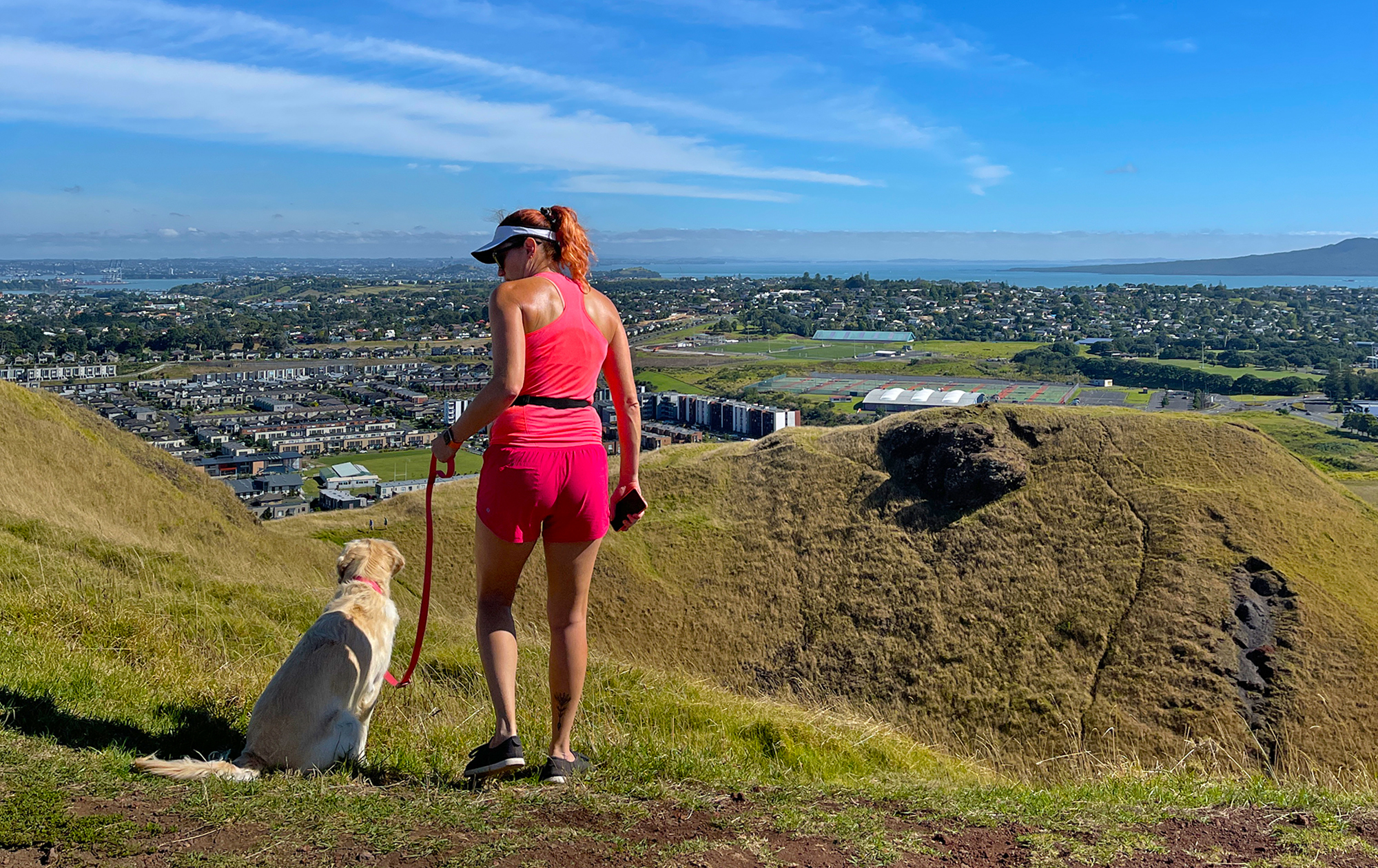 Exploring volcanoes in Auckland – A year of climbing mountains

A year of climbing mountains

There are 53 volcanoes in Tāmaki Makaurau / Auckland, ranging in elevation from the volcanic explosion crater of Lake Pupuke to the noble peak of Rangitoto Island. Though many volcanic cones have been quarried away or have minimal elevation above sea level, Auckland’s landscape is renowned for the scattering of mountains across its skyline. The volcanic field is currently dormant, with young Rangitoto Island having the most recent activity about 600 years ago.

In pre-European times, Tāmaki Makaurau’s maunga/mountains were ideal placements for Māori pā (fortified village settlement). The terraced landscapes provided shelter and protection, and small dips in the ground used as kumara pits are still visible. The historic topography of the land is preserved and maintained by the Council and in recent years some maunga have become closed off to vehicles and scooting down the crater on a piece of cardboard is merely a memory from childhood.

Although I frequently walk around Lake Pupuke and a nearby tuff crater, of the 53 volcanoes, I explored twelve of the mountains during 2021 (during the months when we weren’t in strict lockdown!). Additional to the volcanoes in Auckland, I visited the impressive Mauao / Mount Maunganui near Tauranga in the North Island (see location), and went on a fun adventure to Tongariro National Park to walk the Tama Lakes Track (see location). In total, I summited 21 mountains (including multiple visits) to reach my 21-for-2021 goal. See for yourself in my video!

Sometimes you just need to change your altitude

The idea of (what I call) mountain-climbing in my own backyard, or at the very least walking up inclines, came about as a fitness goal for 2021. Walking or jogging up an incline would be good for my cardiovascular fitness, as well as a compound exercise to strengthen multiple muscles at once. Navigating uneven ground (e.g. loose scoria!) is a great way to improve balance and proprioception, and enhance those quick-response muscles.

Let’s also acknowledge the real reason why we climb mountains: To enjoy the view from the top! Reaching the summit is uplifting, empowering. Connect with nature, see your world from a different perspective, and enjoy a mindful moment.

What a cone this volcano has! Mt Māngere was the first crater wall I attempted to climb. It looked pretty steep but I could make out footholds so thought, why not? About halfway up it became quite vertical and I second-guessed my decision. However, the only way was up (trying to go back down would have been harder) so I began to scramble up with my hands and feet. I made it to the trig – panting and filthy – and another wanderer asked if I was OK, thinking I’d taken a tumble! I returned later in the year to clamber up the crater again and I was much more confident, although it still burns the calves and quads!

Mt Māngere is located in South Auckland, overlooking the Manukau Harbour. The views are magnificent, however, it’s a shame to see the volcanic cone pockmarked with so many stumps of chopped-down trees.

At 87m elevation, the North Shore’s Takarunga / Mt Victoria is one of the shortest mountains, yet it provides some of the best views across Auckland City and sweeping around the motu/islands of the Hauraki Gulf.

In 1841, a signal station for the Port of Auckland was positioned on the summit. Used as a military position against a feared Russian invasion at the end of the 19th century, Mt Victoria has one of the last remaining disappearing guns in the world. Neighbouring Maungauika / North Head was also used for military defence with tunnels, barracks, and batteries.

A unique feature of Mt Victoria is a number of “mushrooms”, painted red with white spots. These are in fact the vents for a water pumping station that lies beneath the surface of the maunga.

Maungarei begins with a good steep incline to get your heart rate up, then reveals an aerial view of East Auckland, an area that is not so familiar to me. The summit offers a sweeping view of Auckland from a different perspective. There’s a reservoir built into the mountain which has created a level field where people gather for boot camp, mountain-top yoga, or just to kick a ball around. Mt Wellington has my favourite scoria-filled crater. The photos are deceiving but it’s a long way down and a good slog to climb up the side. There are clear footholds tracking up the crater sides but from the bottom, the trig is out of sight so it’s hard to tell which track leads to the very top. A lot of fun and great exercise.

I visited this mountain four times in 2021, in all seasons. During Summer it was roasting hot; in Winter the wind nearly knocked me off my feet!

One Tree Hill, U2

With the loss of the lone pine in 2000 due to an attack by an activist, One Tree Hill is a misnomer. The path to the summit is steep and winding. At the peak of the scoria cone is a distinctive obelisk — a memorial to Māori — and a bronze statue of a Māori warrior.

The magic of One Tree Hill lies at the base: Cornwall Park. Home to flocks of sheep, a crop of adolescent kauri trees, and stunning cherry blossom trees that draw crowds in the springtime. It’s worth a walk around the park as well as ascending the mountain.

This motu/island is the most magnificent of them all. New Zealand’s youngest volcano is an icon with its unmistakable volcanic cone visible from a great many locations in Auckland. Home to lava fields and caves, red scoria, the world’s largest pōhutukawa forest, a glen of kidney ferns, coastal walks, and an unbeatable forest-covered summit track with panoramic views from the top. Just a 25-minute ferry ride from the city centre, Rangitoto makes for an excellent day excursion.

My maunga/mountains in ascending order of height

Have you climbed any of the volcanoes in Auckland, or mountains in your area? Please share – I’d love to hear all about it! 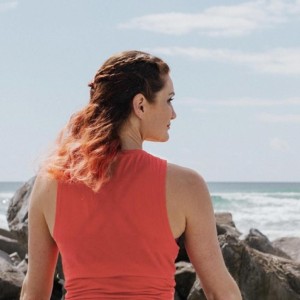 Alissa is a yoga teacher, graphic designer, and creative writer based in Auckland, New Zealand.